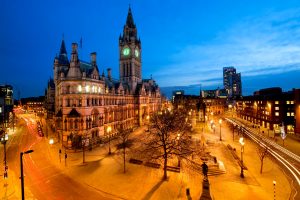 Impressive Highlights About The City Of Manchester

Manchester is a metropolitan borough in the Greater Manchester region bursting with energy, diversity, character and youth making it among the exciting places to tour in the UK. Manchester was actually voted the best city to live in ahead of London, Liverpool and Birmingham in the UK. Manchester has a long history in politics, sport, science, arts and music which Mancunians are proud of. Today, the city has combined its heritage with a more progressive vision delivering delight and surprise in equal measures. Here are some major highlights of the city:

The English boast of having started the beautiful game, and there’s no better place to experience and discover its social history than in Manchester. The city is synonymous with the game and is home to two of the top English football giants in the country and world. Manchester is a city of sport whether you are Manchester United or Manchester City fan; its in the DNA of the City. So make sure to book a tour of Etihad Stadium which is the current home to the Premier League trophy, Carabao Cup and the FA trophy. You can also get a behind the scenes tour with an exclusive Matchday day VIP Experience ticket. Nothing beats the ecstasy, tension and passion in the air on derby day!

Explore the world coming back to life at Manchester Museum. This museum hosts a riveting collection of exhibits from across different walks of life and times. The museum displays its exhibitions in a four-floor building with 15 different galleries. The museum features a range of collections that range from a Tyrannosaurus Rex in the anthropology department to Egyptian galleries, modern arts, scientific collections and sculptures. Families can visit the zoology collection to see frogs and live reptiles in their habitat.

The city has an action-packed calendar filled with world-class festivals and events throughout the year, meaning there’s always a reason to tour the place. The locals are warm and friendly always willing to help out a fellow in need. There’s a myriad of things to do in the city, so whether it’s for the nightlife, heritage, culture or you are looking to have fun, Manchester has you covered.